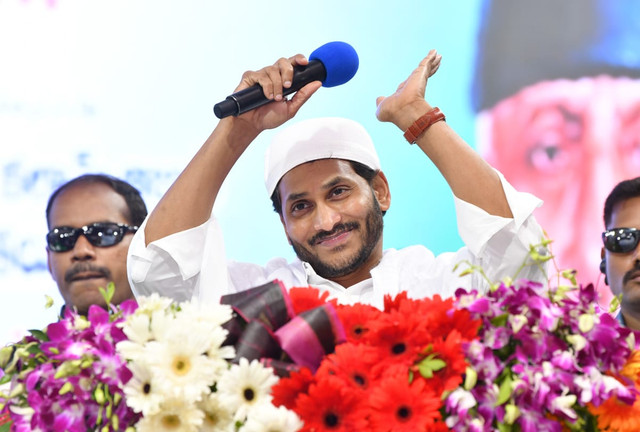 Participating in the Minority Welfare Day and National Education Day celebrations held at Sri Venkateswara Vignan Mandiram here on Friday, marking the 135th birth anniversary of India’s first Education Minister Maulana Abul Kalam Azad, the Chief Minister said, that the government has laid special focus on education sector and has made tenth standard mandatory to be eligible for Tofa scheme. He was referring to the appeal made for exempting Class X certificate for Muslims to avail Thofa scheme, ‘’If the provision of Class X certificate was exempted for the scheme, there would be a set back. My intention is that Muslim students should study and compete with the world’’, he said.

‘’If Rajasekhara Reddy took one step forward for the welfare of minorities, I will take two steps forward. I am proud to be the son of a great leader. We have given the post of Deputy Chief Minister to a minority candidate and and four persons as MLCs. Deputy Chairman of the Legislative Council post was allotted to a minority woman’’, he said.

On the occasion, the Chief Minister felicitated persons with cash award and memontos who strived for the development of education sector and Urdu language. Deputy Chief Minister Amjad Basha, Guntur East MLA Mustafa and others were also present.