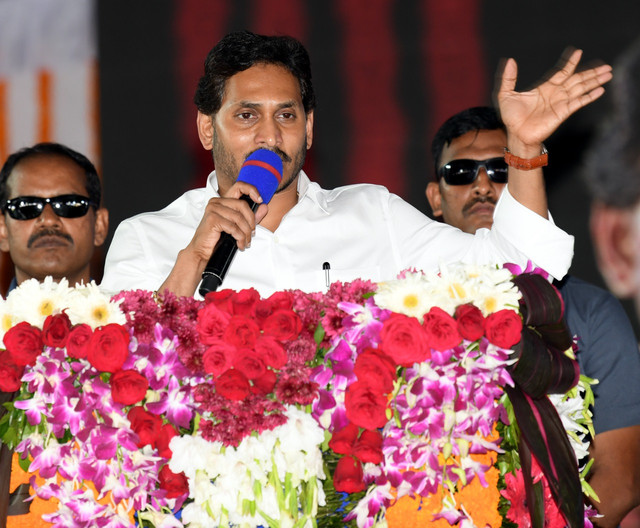 Addressing a mammoth public gathering here on Wednesday after handing over the land title deeds to the property owners, the Chief Minister said that the programme, initiated two years ago at Jaggayyapeta, would be implemented in five phases to benefit 7,92,238 land owners in 17,850 revenue villages. As part of the resurvey completed in 2,000 villages in a record time of just nine months, two lakh mutations have already been carried out in 4.31 lakh sub divisions automatically saving the farmers an amount of Rs 27.80 crore besides saving their valuable time.

Recalling the numerous complaints received from the public on land grabbing and civil disputes during his 3,648 km padayatra, the resurvey of all lands was initiated by the government with a view to help the farmers and other landowners. All illegalities, land 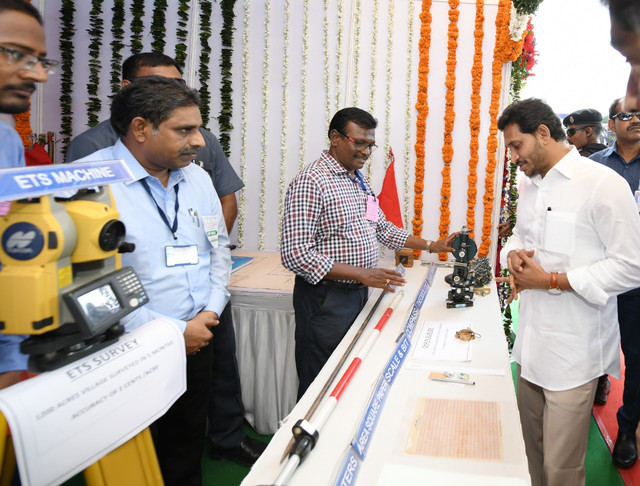 grabbing, encroachments and civil disputes relating to land ownership will come to an end permanently with the completion of resurvey initiated after 100 years in the state, he said.

The resurvey, using advanced technology, helicopters, aircraft, drones, GNSS rovers and employing 10,185 village surveyors and 3,664 ward planning secretaries with an investment of Rs 1,000 crore will free lall land owners from civil disputes, land grabbing, encroachments and fear of duplication, he said, adding that there would be no tampering of documents in future.

The land owners would be given the physical receipts, besides an unique identification number and a QR code comprising comprehensive details of land including land mapping. Elaborating further, he said every land parcel will be provided with Bhu Raksha boundary stones, free of cost and the entire process will involve all stakeholders in every aspect and every stage of survey. There is also a provision for reverification of land ownership rights under Section 12 (S&B Act, 1923) in case of objections.

The resurvey will also put an end to the pathetic situation in which farmers are running from pillar to post for survey, mutation and for resolving their grievances. Once the resurvey is completed, land dealings can be done at the sub registrar office. All the records will be available in the village and ward secretariats, he said. Henceforth, field line applications will be processed in 15 days and patta sub division applications in 30 days by village surveyors.

Survey, sub division, mutation and registrations of immovable properties would be done at village secretariats, the CM said, adding that the accessibility will be available to land information to anyone from anywhere and at any time.