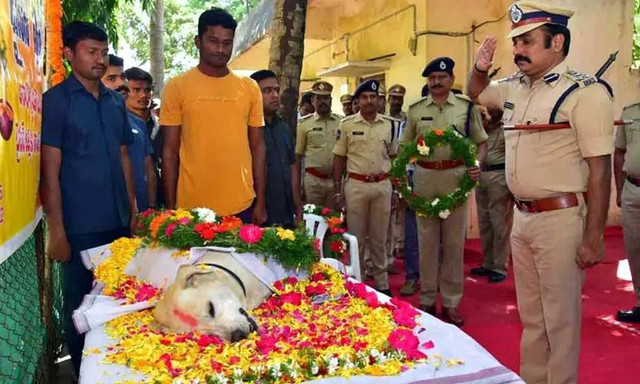 Karimnagar: In a sad incident, the sniffer dog of the Karimnagar Police Commissionerate, Tyson, died of ill-health on Wednesday. Police Commissioner V Satyanarayana and other police officials paid tributes to the dog at the police headquarters. The final rites of Tyson were performed with police honors.

Tyson, which joined the police department in 2015, was on duty during the recent tour programme of Prime Minister Narendra Modi and earlier during Chief Minister K Chandrashekhar Rao’s programmes as well. Tyson was part of the police security arrangements during the biennial tribal fair Sammakka-Sarakka Jatara and Hyderabad Bonalu festival besides other events. The final rites were performed with police honors near the Lake Police outpost downstream of Lower Manair Dam.

Ambati lashes out at Naidu