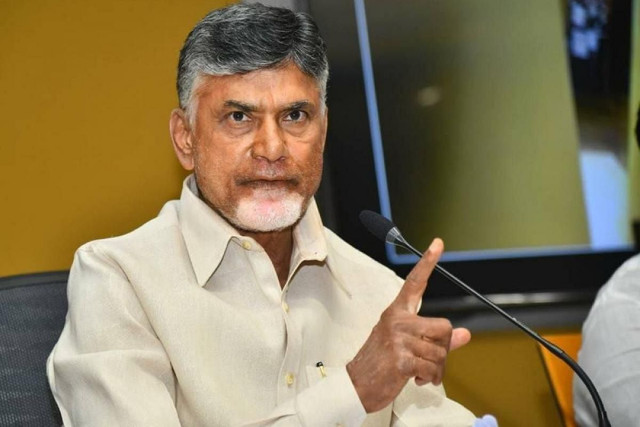 Naidu said the YSRCP Government was resorting to a cheap culture of making mindless attacks when the violations of temple traditions and conventions were questioned. How could the devotional activities be performed at Ramatheertham Temple when the name of trustee Ashok Gajapathi Raju was removed?

In a statement here, the TDP chief asked whether the Jaganmohan Reddy regime would not give any respect to the Gajapathi Raju family which had donated thousands of acres to temples and educational institutions. The present rulers had no minimum respect to extend protocol in the temple programmes.

Naidu termed it as ‘atrocious’ that Ministers Vellampalli Srinivas and Botsa Satyanarayana launched thoughtless attacks when Ashok Gajapathi Raju objected to the violations of protocol issues. The Ministers’ behaviour was highly condemnable. It was deplorable that the Ministers had no minimum decorum to give respect that was due to be given to the temple trustee.

The TDP chief expressed concern that the YSRCP leaders were taking meaningless revenge against Ashok Gajapathi Raju ever since it came to power in 2019. They conspired to plunder the prime lands worth thousands of crores after removing Ashok from the post of Chairman of Mansas Trust.

Chandrababu Naidu demanded the Government to explain why it did not accept the donation given by Ashok Gajapathi Raju for construction of Ramatheertham Temple. The ruling party leaders were equating the puja programmes in the temples with bhajan programmes in praise of Jagan Reddy. The Government had no right to reject the donations given by devotees.

The TDP chief warned that anybody would face divine wrath if the temple traditions were deliberately insulted. The YSRCP leaders were creating ruckus and havoc even inside the sanctum sanctorum of temples just like they would do in the streets. It was over a year ago that Ramatheertham Rama’s head was cut off but the culprits were not yet caught.

Naidu slammed the ruling party leaders for shamelessly hurling abuses on the opposition leaders when they questioned the Government’s failures. The Endowments Minister was competing with the Minister of abusive language to target the TDP leaders. The attackers of temples were being saved for the past two years. Not even a single culprit was punished. The ruling YSRCP’s atrocities and misdeeds would not continue for long.