Nara Lokesh called it a matter of serious concern that CM Jagan has brought over Rs. 8,300 Cr new loans by mortgaging the liquor drinkers in the State.

In a statement here, the TDP MLC demanded the Chief Minister to explain what happened to his pre-election promise of phased prohibition. Jagan Reddy had made countless such false promises to his so-called ‘akka chellemmalu’ (elder and younger sisters).

Lokesh said the CM portrayed himself as ‘Jagananna’ for all but after coming to power, his J-brands started tearing apart the mangala sutras of all sections of women. The Chief Minister’s betrayal of liquor policy was enough to say how treacherous the YSRCP rule has been in the past three years.

Nara Lokesh called Jagan a ‘Boom Boom Reddy’, saying that the CM’s misdeeds in the name of phased prohibition crossed all limits. In a total reversal of his own policy, Jagan Reddy has given it in writing to the loan giving firms that his Government would not implement the total prohibition policy. 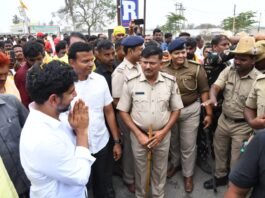 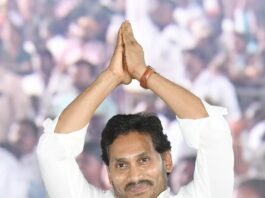 ABOUT US
Suryaa.co.in The best, Telugu, Andhra Pradesh News, Telangana News site for you.
Contact us: suryaa.co.in@gmail.com
FOLLOW US
© Copyright 2017 - Newspaper WordPress Theme by TagDiv.The articles in this website are the personal opinion of the writers and are not affiliated with the Suryaa.co.in
WP Twitter Auto Publish Powered By : XYZScripts.com