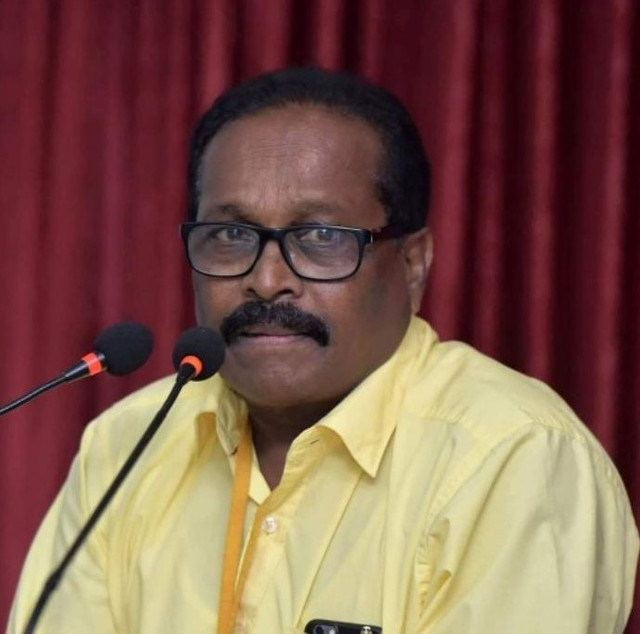 Amaravathi, Nov 2: The former member of Parliament (MP) and senior TDP leader, Mr Konakalla Narayana, on Wednesday said that the Chief Minister, Mr YS Jagan Mohan Reddy, has no right to continue in power any longer as the farming community in the State is being subjected great injustice.

The former MP told media persons here that Mr Jagan Mohan Reddy came to power by making false promises to the people of the State and the Rythu Bharosa, which he claims is a welfare measure, is nothing but a fraud. Mr Jagan on October 17 released advertisements spending a whopping Rs 17 cr claiming that money under Rythu Bharosa has been credited to the accounts of the farmers, but till now 77,000 farmers did not get the financial assistance, the TDP leader said.

In fact, of the Rs 4,000 being paid to each farmer under this scheme, the Centre’s share is Rs 2,000, but Mr Jagan is claiming that the total amount is being paid by the State Government, Mr Konakalla Narayana observed. The YSRCP Government is simply ignoring the interests of the farming community, the former MP said, adding that the farmers in the State are no longer interested in agriculture due to the negligent attitude of the State Government.

When the TDP was in power, the dues to the farmers were to be paid within 15 days after the purchase of the farm products and the party stood by the community even when they suffered crop losses due to natural calamities, the TDP leader stated. But now, the Jagan Reddy Government is not paying the dues to the farmers even after months of purchasing the farm products, he maintained.

Andhra Pradesh is now in the third place in the farmers suicides and till now over 5,000 farmers had committed suicide after Mr Jagan became the Chief Minister of the State, he pointed out. Hence, Mr Jagan Reddy has no right to continue in power any longer as he could not do justice to the farming community and the interest-free loans to farmers remained only on paper, Mr Konakalla Narayana felt.

The former MP said that the people in general and the farmers in particular, are ready to teach a lesson to Mr Jagan Mohan Reddy, whenever the elections are held. He is of the opinion that the farmers suicides are nothing but the official murders.