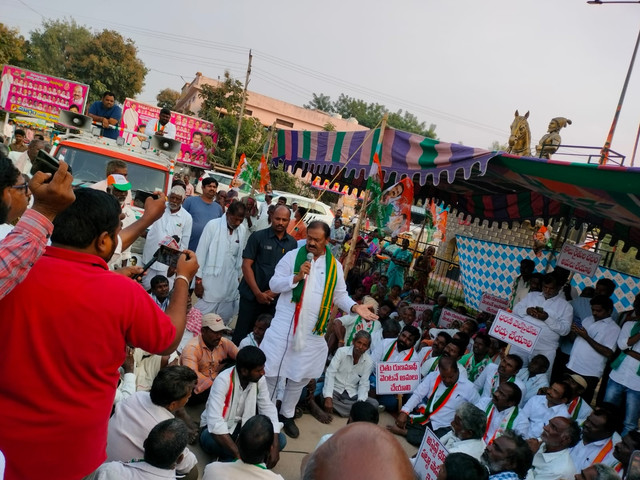 Kamareddy, November 24: Former Minister & ex-Leader of Opposition in Telangana Legislative Council Mohammed Ali Shabbir on Thursday alleged that the TRS Govt was harassing the Tribals in the name of forest surveys, Harita Haram and podu lands. 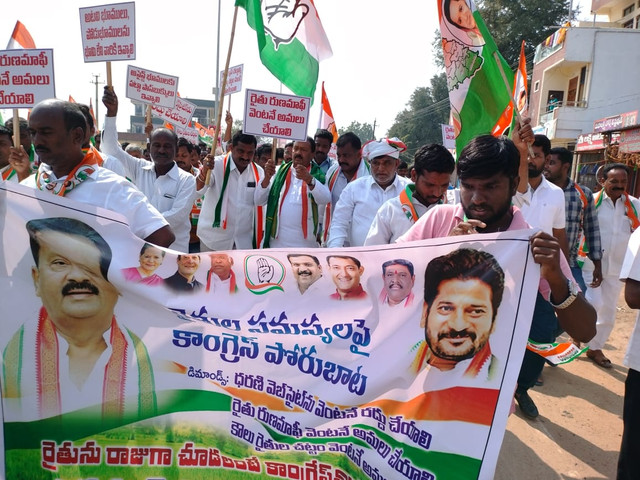 against the Dharani portal. Dharnas were held at the headquarters of Bikanoor, Kamareddy, Machareddy and Domakonda Mandals of Kamareddy district as part of the statewide agitation.

Shabbir Ali said that the TRS Govt was also taking away the land allotted by previous Congress governments to farmers and weaker sections, especially those belonging to the 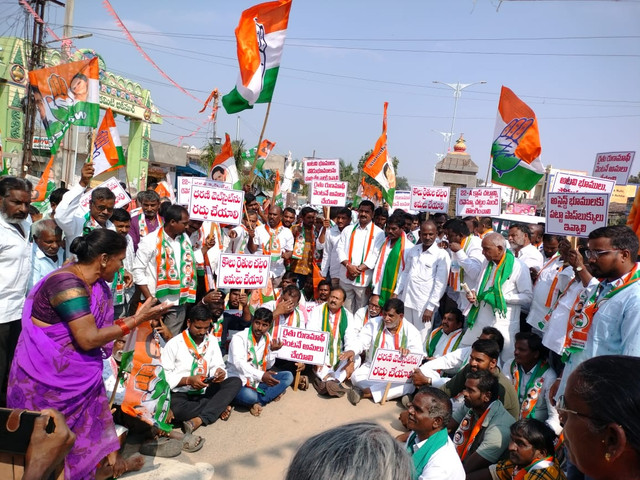 Dalit and Tribal communities. He said that the ongoing tussle over ‘Podu’ lands was a creation of the TRS Govt as it wants to take away lands allotted to the Tribals in the past.

The Congress leader appealed to the Tribals not to get provoked and attack the officials. He said that the Congress party would return to power in the next elections and it would restore the Tribals’ rights over the forest land.

Later, the Congress leaders submitted a memorandum to the MRO on the agricultural issues and the Dharani portal. Kamareddy DCC President Kailasa Srinivasa Rao and other senior leaders also participated in the dharna.