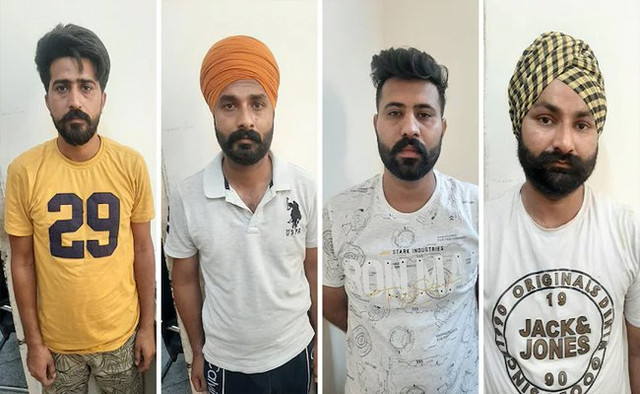 Four suspected ‘Khalistani’ terrorists were arrested in Karnal, Haryana. Security personnel said a weapon consignment had been delivered to them via drones.The four suspects were identified as Gurpreet, Amandeep, Parminder, and Bhupinder who belong to Punjab.

The police have recovered a pistol and 31 live cartridges, 3 IEDs, 6 mobile phones and cash amounting to Rs 1.3 lakh. “The weapons were air-dropped using a drone by Khalistani terrorist Harjinder Singh Rinda from Pakistan in Ferozepur district,” an official said.

Rinda had sent the consignment using an app along with a location in Adilabad. The accused also received arms and ammunition in Ferozepur in the past.